A brief history of helmet

Bicycle has gradually become a better tool for people’s travel and leisure since its invention.

People present more love and passion for it, especially after the bicycle sport has become a competitive sport.  Safety becomes an important issue for cycling since it competes on speed. Thus, people thought of helmets. Bicycle helmets not only guarantees the safety of cyclists, but also improves the performance of racing athletes. As early as the 1880s, high wheeled cyclists of some clubs first discovered the benefits of using helmets. Later, with the increase of hard asphalt and stone roads, head injuries caused by cycling also increased, and helmets made of pith then came into being. 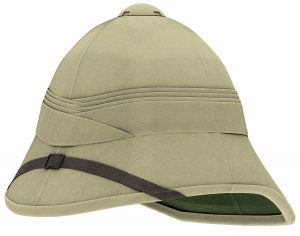 Pith is a cushioning material capable of absorbing impact, but this kind of helmet soon gave way to a design that could be filled up with leather surface. This design lasted a while until the 1970s. This helmet was originally called a “leather hairnet” because it had a long, padded leather holster that was placed over the head like a net. This helmet is very attractive, with foam padding wrapped in soft, high-quality leather. Although this helmet does protect the fallen cyclist’s ears from scratches or bumps on the ground, the function of impact resistance is weak.

The soft helmet is an important development. This helmet looks like a vented bow. It is made of polystyrene and covered with synthetic elastic fiber (LYCRA). Afterwards, foam was added to the inside.

The impact resistance standard of bicycle helmets and the fastness of buckles were both proposed by the CPSC in the mid-1970s. Project parameters are proposed by different agencies, such as the SNELL Foundation, the American National Standards Institute, and the American Society for Testing Materials. At that time, only one light motorcycle helmet met this standard. However, cyclists refused to wear this type of helmet because it was heavy and impermeable.

Later, people developed new helmet that met CPSC standard, it’s made of ABS shell and EPS foam inside. The weight of helmet got a greatly reduce, as the subsequent PVC shell material and better EPS. Usually, a helmet must be able to withstand at least two impacts, the first impact is collided with the other cyclist or vehicle, and second impact is the cyclist falls to the ground himself, these materials provide good buffering effects every time.

There have been many changes to the shape of the bicycle helmet since its appearance. The round helmet have been out of date, present helmet comes with smaller edges, and great changes in ventilation. Helmet really brought a cool and breathable effect and also in line with aerodynamics. According to a report from the United States Highway Safety Insurance Research, there are 98% of the cyclist’s deaths in the United States in 1999 were not wearing helmets, and those wearing helmets in crashes reduced their risk of serious head injuries by 85%. Besides, not only feel cool when wear helmet, it is really cool. At the same time, the vents on the helmet bring more cool air flow to head. As the old saying goes, a clear head is more likely to win the race.

Reasons to Wear A Helmet
Scroll to top